The event will include remarks from plenary speaker Dr. Coppélia Kahn professor of English and Gender Studies at Brown University.  Brown will address conferees at 1:00 p.m. following lunch in the Student Center Blue Lounge.  Kahn is the author of Man’s Estate: Masculine Identity in Shakespeare (1981) and Roman Shakespeare: Warriors, Wounds, and Women (1997).   She has published articles on Shakespeare’s plays and poems, and on gender theory, Freud, Jacobean drama, and questions of race and nation in 20th century constructions of Shakespeare. She is co-editor of Representing Shakespeare: New Psychoanalytic Essays (1980); Shakespeare’s Rough Magic: Essays in Honor of C.L. Barber (1985); Making A Difference: Feminist Literary Criticism (1985); and Changing Subjects: The Making of Feminist Literary Criticism (1993). Her current research concerns the creation of Shakespeare as a cultural icon in the 19th and early 20th centuries in discourses of race and Empire. She is currently vice-president of the Shakespeare Association of America, and will be president 2008-9.

Panel presentations will include the topics: Gender and the Unnatural, Where We Are Is Hell, Eternal Life and Eternal Damnation, Naturally Speaking, Haunted Screen, and Chaos Comes Again.

The day will conclude with conference awards at 3:30 p.m. and a performance of selections from The Tempest by Actors’ Shakespeare Project at 3:45 p.m.  The event was coordinated by Worcester State College Professor of English Sharon R. Yang. 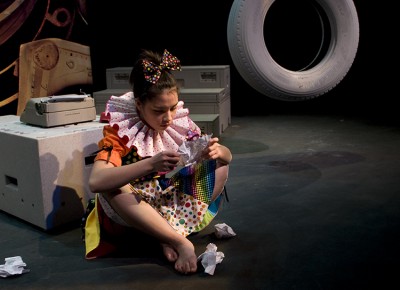 All In The Timing, we get to see the world through the eyes of playwright David Ives.  It’s a mixed-up, profound, and very, very funny world where chimps try to write Hamlet, Philadelphia is a . . .