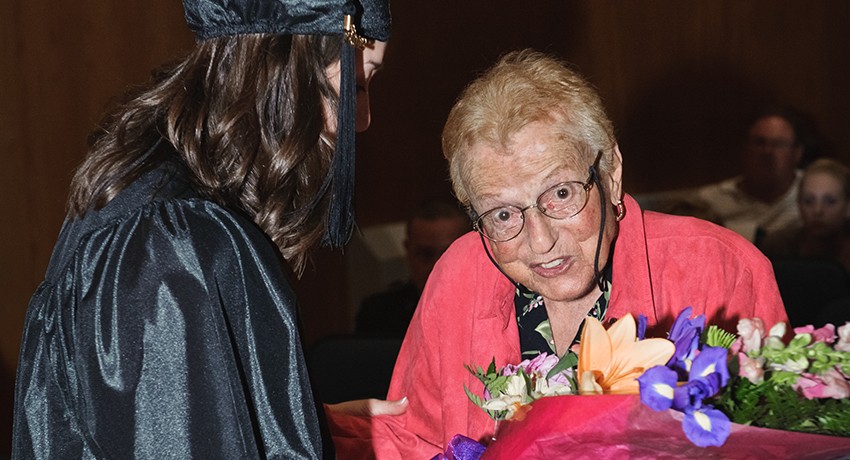 Lillian R.Goodman attended the annual Worcester State University Nurses Pinning Ceremony last Thursday, the first ceremony since the WSU Nursing Department had been named in her honor.  It was Goodman who initiated the first pinning ceremony 36 years ago.  She told the candidates for graduation, “I have every reason to believe you will all become caring leaders and will work to move your profession forward.”

Stephanie Chalupka, chair of the Lillian R. Goodman Department of Nursing, praised Goodman for “guiding this program and watching it flourish into a national model for nursing education.”

President Barry M. Maloney also thanked Goodman who he praised as “one of the nursing pioneers in Massachusetts.” He also praised Chalupka for receiving the Charlotte Brody Award from The Health Care Without Harm Nurses Group in conjunction with the Luminary Project. “Dr. Chalupka is recognized nationally and internationally and leads a talented group of nursing faculty who are partners in your success,” Maloney said.

Chalupka said the class had distinguished itself in “devotion to the profession and had, “remained committed to every task until it was complete.”

Georgia Pasqualone, adjunct faculty at Fitchburg State University told the class lessons she learned in her career in forensic nursing.  She urged the crowd to “follow their bliss and be sensational at what you do and learn something new every day.” 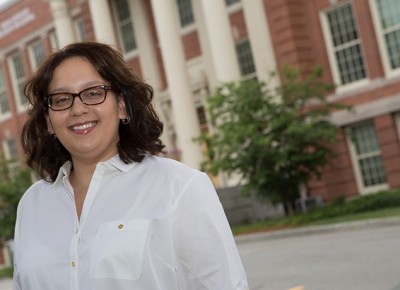 Worcester State University’s Abigail Chmielecki of North Andover is one of 29 outstanding 2012 public college and university graduates who will receive a 29 Who Shine award at a State House . . .