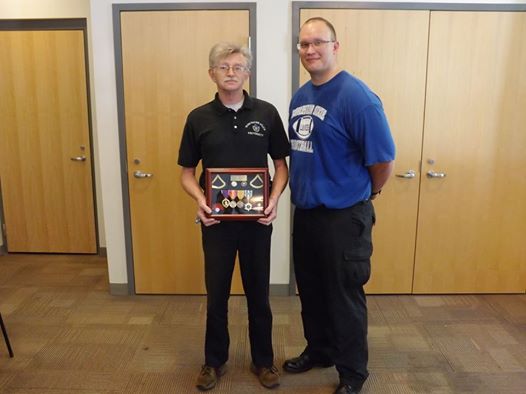 On June 4, during a special awards ceremony held on campus, the Worcester State University Police Department honored Parking Clerk Bill Lorch, a Vietnam veteran. In 1968, Lorch was a private first class serving in Vietnam as a medic when he was wounded in combat.

WSU Police Officer Jon Remkus, who recently completed his military service, had the medals professionally framed. In an emotional ceremony, Remkus and department colleagues thanked Lorch for his service on behalf of a grateful nation.

Robert Brooks (Criminal Justice) and Alain Blunt of University of Massachusetts Dartmouth presented a paper at the International Visual Sociology Association’s annual conference in Pittsburgh in . . .