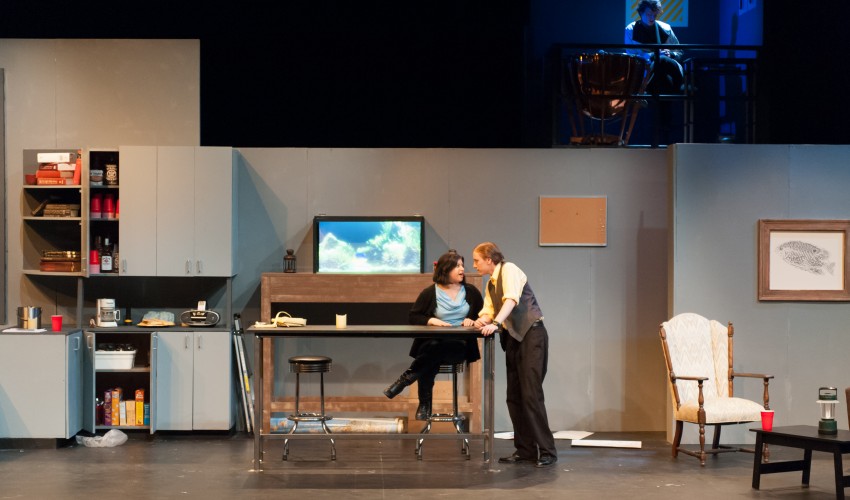 Christine Begin of Leicester, Mass., a theatre student in the Department of Visual and Performing Arts, directed “Boom” as her senior capstone project, the culmination of her studies at Worcester State. She performed on stage in four other productions at WSU, including leading roles in “Dead Man’s Cell Phone” last spring and “Angels in America,” this past fall.

In “Boom,” a journalism student at a university answers an ad that promises “sex to change the course of the world,” and finds herself in the underground lab of a grad student who is predicting the end of the world. As a docent from the future controls the scene, we see the fate of the human race played out between two offbeat characters.

Mendoza to Present and Participate in Human Rights Workshop

José Jorge Mendoza (Philosophy) has been invited to present and participate in The Oxford Program on Ethics, Law, and Armed Conflict, with Merton College Global Directions workshop on “Human . . .